So it took me some time to get around to listening to this work by Mike Vass. Better late; I’ve enjoyed his various and versatile solo and collaborative projects very much and this is no exception.

The album info on the web tells me that this work was ”commissioned by the Scots Fiddle Festival … The Four Pillars is a multi-media experience and musical suite… Based on the four major tune types of the Scottish fiddle tradition – the slow air, the march, the strathspey and the reel – Mike’s piece captures the grandeur of Scottish fiddle music”.

Hmm – right, but I would not have used the word ”grandeur” myself. For the most of its performance time, it’s fairly quiet, intimate, even fragile at times. The fiddles come very close to me as they sing the themes in solo voice here, in harmony there, and in many places I have the sense of the motion of the sea, unhurriedly breathing in its natural rhythm.

So this is obviously music to be listened to in your good place, without major distractions – I gave it a go in my not-noise-cancelling headphones in downtown Helsinki but had the sense to give up instantly.

The themes, most of them formally pretty simple, reflect the Scottish tradition but are given something of a chamber music treatment. Thankfully, instead of trying to force something new and oh so clever out of this fabric, Mike Vass focuses on patient repetition, small variations and gently growing harmonic structures that wrap themselves around the melodies. It’s not mimimalist but there are moments that would not be out of place on an album of John Adams pieces.

At the same time, it’s crucial to note this work and recording is very also very rootsy, with the brilliant soloists – Lauren MacColl, Patsy Reid, Jenna Reid and Vass himself – playing very much the fiddle, not the violin, retaining that edge that’s so vibrant in Irish and Scottish folk music.

The Four Pillars exists in its own good place that’s neither a chamber music salon nor a ceilidh house, and it’s all the better for it. I would love to hear this in live performance where, I’m sure, the work’s low key but potent power would be alive to the max. A fab work, truly. 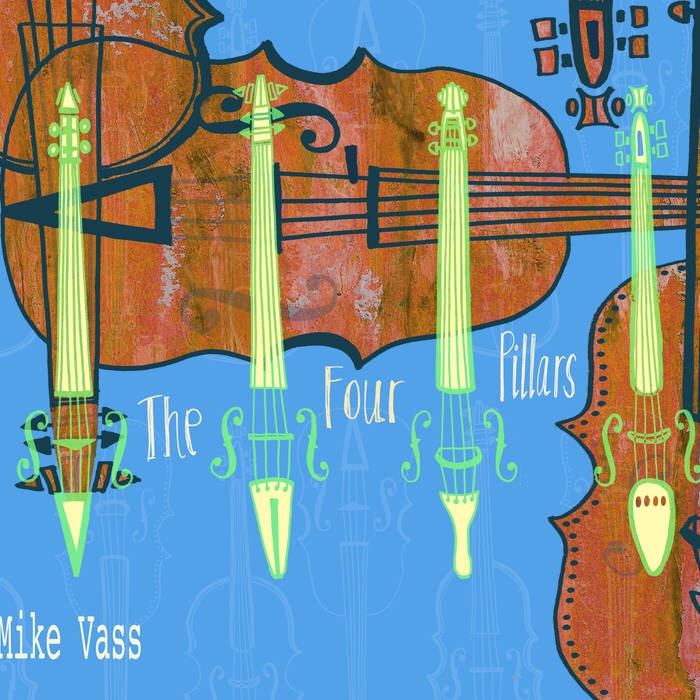