500 Days of Summer. Yep, the movie. That’s what flashed in my head by the third track of Scottish folk music string instrument wiz Innes Watson‘s brand new album where Mr Watson really lets his guitar self go all the way.

A strange association? Not so much, really. Many of the carefully constructed and, of course, guitar-led instrumental tracks on this album have a visual or soundtrack quality that brings to my mind a few “Sundance movies” – the film fans will know what I’m alluding to.

And since I love music with a visual quality, I much like this, too. Most of the tracks are based on a riff or a pattern, some simple, some more complex , ususally played on acoustic guitar. Watson then builds on and elaborates on the pattern, layer by sonic layer – LOTS of guitars, like a folk version on Brian May 🙂 – rather than developing the tune itself. Most of the tracks also connect, with no pause between them, so the album becomes a pretty unified work.

It’s a somewhat risky strategy and the album might have come out as repetitive and “interesting”, as people politely sometimes say, if the tunes themselves had been any less good. Thankfully, they are good and interesting, played by excellent musos and fortified by very crafty arrangements that make artistic sense and keep the proceedings from turning into another six-string bonanza.

The result is a very good instrumental album that covers a lot of stylistic bases with ease. My faves are the clever, deceptively simple-sounding Doo Da, really tight, funky and quite intense Stubbs and the lucidly beautiful Mando Endo. Lots of goodies here – especially if your life vibrates around six strings. 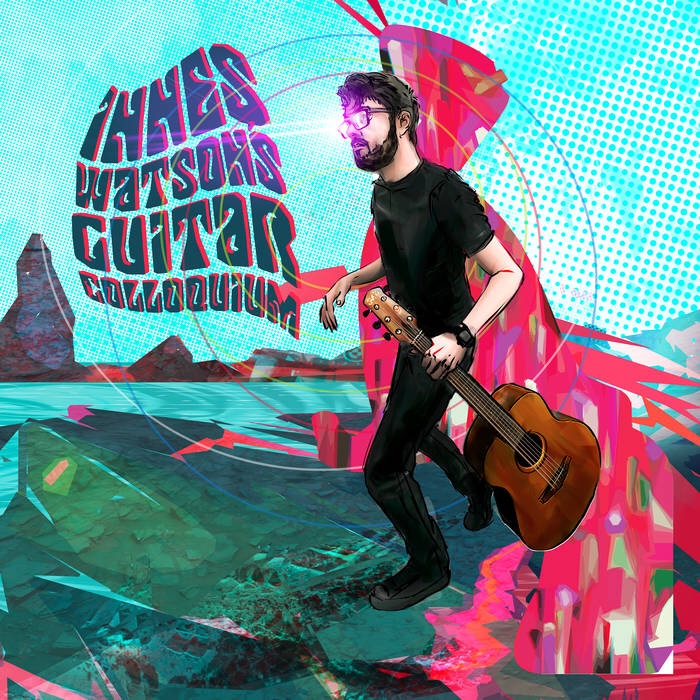 Guitar Colloquium is available on Bandcamp as material and immaterial incarnations at a shockingly affordable price. Spotify and such as well, sure.